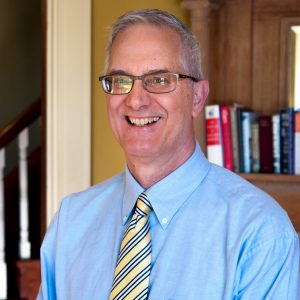 Pastor Stephen Migotsky
Stephen Migotsky has been the pastor of Jaffrey Presbyterian Church since November 1997. He is a graduate of Brown University and Gordon-Conwell Theological Seminary (M.Div.). He worked in the corporate world for over fifteen years before going to seminary. He was ordained and called as the organizing home missions pastor by the Orthodox Presbyterian Church in the Presbytery of New York and New England. After Jaffrey Presbyterian Church was organized, he was called to be the first pastor by the newly organized congregation. He is married to Fay who is a family physician (M.D.) and a graduate of Westminster Seminary (Philadelphia, M.A.R. Counseling). They have three adult children—David, Rebecca, and Jennifer. His desire is that through prayer, preaching, and worship people will come to know and grow in love and knowledge of the one, true, and living Triune God. 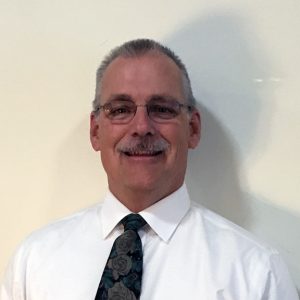 Elder David Killmer
David Killmer has been a member of Jaffrey Presbyterian Church since its beginning in the mid-1990’s. He was ordained an elder in August 2018. He has been married to his wife Joanne since 1992 and they have two adult daughters- Emily and Abigail. He retired from the FAA as an air traffic controller in 2016 after 31 years of service.

Jaffrey Presbyterian Church
Sundays -
Sunday School at 9:30 am
Worship Service at 10:30 am